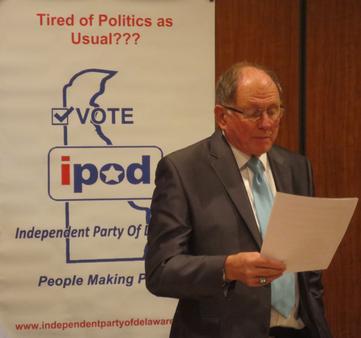 On August 29, 2000 in the City of Wilmington, a new post-political force was born to challenge the corrupt closed-loop special interest controlled two-party monopoly currently misruling the First State.

WE are not called the INDEPENDENT PARTY of DELAWARE for nothing.  Our mission is to help the People of Delaware restore

has failed as it limited our options and narrowed our choices.

Politics has been defined as the art of persuasion. Under the Democrats and Republicans, it has been perverted into the art of manipulation and coercion. Public corruption, incompetence  and government mismanagement are rampant. Our economy, once the

envy of the world, is failing.  WE now face a financial house of cards and a crushing National Debt, soon to exceed 20 trillion dollars when the current Administration leaves office.

and a culture of waste, fraud and abuse at public expense. The People, laboring under the pretensions of the two parties, have

virtually lost control over their government at all levels (national, state and local)  to powerful special interests. Freedom itself is at

peril. This is only merely unacceptable … It is totally unconscionable and unsustainable!

The American People are sick and tired of politics as usual – the politics of lies, duplicity, distortion and propaganda.

The system is broken.  WE need a better way to chart a better future.  WE demand commonsense solutions to our common problems, rational dialogue instead of rhetoric and constructive action in place of negative advertising.  WE demand government in

favor the Public Interest instead of special interests. WE both demand and work to provide new Leadership for the 21st Century –

a true paradigm and power shift for the People.

Instead of politically controlling people, the IPoD frees people from artificial constraints. Instead of intellectually confining people,

the IPoD encourages its members to rise to their highest human potential. Instead of preconceived ideology,  WE prefer creativity.

The challenge ahead of us is immense. The road is long and hard. Vision, courage and endurance are required.

politicians. That is why we are here and that is why this speech is short.

WE cordially invite you to join us on the cutting edge in our quest for true progress. Together, we can and will prevail. . 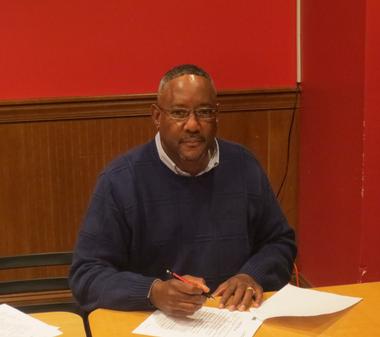 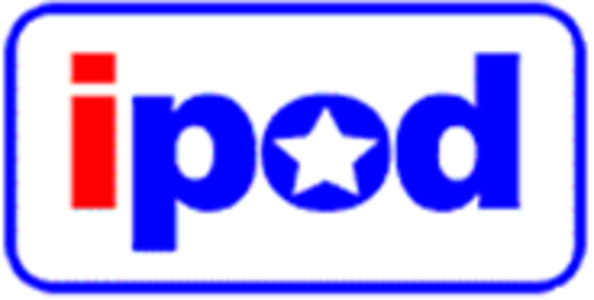 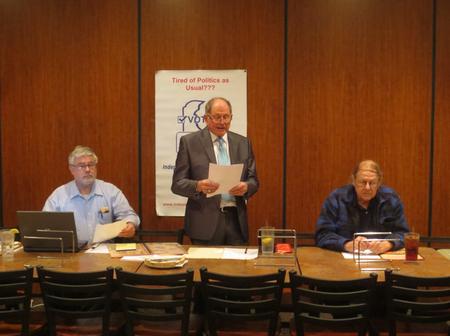