POWER is Ultimately in Your Hands

Ultimately, it is up to the People -- NOT the politicians -- to Reset the Future of              Delaware. After all, political parties are merely man-made mechanisms that can             be altered by the People to serve the Public Interest.

realize that they are serving the People (and instead serve special interests),

they will go the way of the Whigs and Federalists.

WITHDRAWAL from the Democrat and Republican parties in defense of

individual Freedom and Liberty. If you want to change government, change

parties and alter the current power alignment in your favor.

the present candidate selection process by bringing about open primaries

by joining the  Independent Party of Delaware,  where the People instead

of  the D and R party bosses -- will choose their candidates.

Accordingly, by registering with the IPoD, we cordially invite you to make a                    positive difference for the future of Delaware and Delawareans by sending                    an unforgettable  message to politicians that they are our Public Servants --

Finally, our post-political approach has national and global implications and                    we invite a broader and deeper dialogue beyond current partisan polarization.

YOU Can Make a Difference. 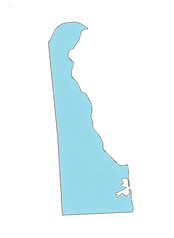 REGISTER with the INDEPENDENT PARTY of DELAWARE